Jeddah, June 30th, 2019: Saudi Arabia is investing in the future of its football by creating an ‘elite performance centre’ in Europe to train and develop the Kingdom’s most promising young players.

The General Sports Authority (GSA) of Saudi Arabia has announced a four-year football scholarship programme which will send between 30 – 40 of the nation’s best under-20 players to train for a year at its bespoke facility in the coastal town of Salou in Spain before potentially getting the chance to play for European clubs.

At the FutbolSalou complex, young hopefuls will receive the best in terms of training facilities, coaching and sports science, such as nutrition and fitness.

As part of the elite performance centre’s team the football scholars will play a minimum of 40 matches a year against different clubs in Spain and across Europe. The scholarship programme is backed by the strategic partner and operator Almosafer.

Up to 40 players will spend at least one year at the academy, which will invite talent scouts and agents in, before hopefully earning loan spells with European clubs in the third to the first division, working their way up.

Players successfully graduating into clubs will be replaced by more Saudi talent on a rolling basis. At the end of the four years, players who return to the Kingdom will be better trained and able to pass their skills on to teammates.

The goal is to improve Saudi Arabia’s performance on the world stage, plus grow the level of talent and professionalism within the Kingdom’s football leagues such at the Saudi Pro League, which is itself undergoing exciting growth.

His Royal Highness Prince Abdulaziz Bin Turki AlFaisal Al Saud, Chairman of the General Sports Authority of Saudi Arabia (GSA), said: “Football runs deep in the heart of Saudi Arabia and it is time for that passion to evolve and achieve greater heights.

“This four-year scholarship is about growing our young players, so they are immersed in a total football culture of the highest standard in terms of training, development, fitness, health and professionalism. It enables them to learn on the pitch by competing against players in Europe.

“This is a plan that lays the foundation for long term success in the world’s biggest footballing competitions, including the FIFA World Cup, the Olympics and the Asian Cup all the way through to 2030.

“Under Vision 2030 we are committed to providing a pathway to elite performance and inspiring more people to participate and watch sports, and this scholarship is an exciting part of our strategy.”

The four-year scholarship is similar in principal to strategies adopted by other nations wanting to up their game, such as China. Rather than inviting foreign clubs to build academies in country, this plan sees Saudi’s young hopefuls immersed totally in professional ethos of the European game.

The scheme is voluntary for clubs in Saudi Arabia to participate in by sending their up and coming talent to hone their skills at the academy.

Abdullah Aldawood, CEO at SEERA Travel Group which includes Almosafer, Chairman of the Saudi Entertainment Ventures and Board member of other key country projects, said: “We are delighted to be working with the GSA on this exciting project.

“Saudi Arabia’s sporting history has a long and proud tradition of creating heroes and achievement, we are so excited that this could see the next generation of Saudi stars created. Success is all about the journey, and that is something we passionately support.” 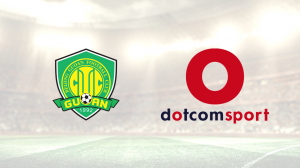