How Others Use The System & Their Results: An In-Depth Overview

At Dotcomsport we have a passion for soccer and everything involved with the sport. This includes our valuable users.
We have put together a blog series, highlighting various ways that users have benefitted from our platform, ways to track player development over time and more.

Today, we will hear from Michael Callahan, Academy Administrator and Head Coach for Development Academy teams at Richmond United in the United States.

Who Is Michael Callahan?

Callahan grew up in Cary, North Carolina playing for CASL youth soccer club and Carolina Railhawks PDL. From 2005-2008, Callahan attended and played soccer for the University of North Carolina at Chapel Hill.

After college, he had an eight-year professional playing career in the USL, two of those years playing for the Austin Aztex and six for the Richmond Kickers. In his final two years as a player, he served as the Club Captain as well as a Player/Assistant Coach in his final year.

After retiring from playing when the 2016 season came to an end, he joined the Richmond Kickers Pro Team, coaching staff as an Assistant from 2017 to 2018.

Callahan began his youth coaching career in 2013 with the Richmond Kickers Youth Club, coaching in their Classic and Elite programs. He is currently the Richmond United Academy Administrator as well as the Head Coach for the U17 and U19 Development Academy teams.

How Does Callahan Use Dotcomclub?

For the practice logs, we upload pictures of our practice plans into the system. When logging game information, we enter post-game notes (how did the team attack, defend, etc.), formations, substitutions & critical moments. Each coach uses his game-log notes during weekly staff meetings when discussing the games from the previous weekend.”

Finally, Richmond United also uses Dotcomclub for Individual Development Plans. “We used the questionnaire function in Dotcomclub to create our IDP template. Each player has this IDP stored in his Dotcomclub profile which they can fill in.”

How Would Callahan Describe The Player Development System?

Callahan commented, “It is a centralized player development system used for aggregating and analyzing important information throughout a season and over the course of a players’ tenure with the club. It is helpful to have a system that allows us to keep a lot of our important club, team & player information in one place.”

Curious how we can benefit your club or organization? We would be happy to provide you with some more information or a free demonstration of our software! Please fill out the contact form on our website. 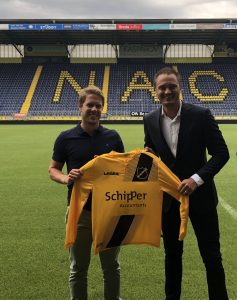 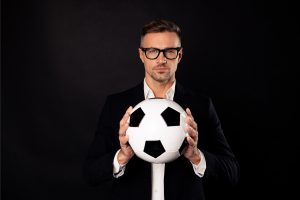